Playstation Plus Reviews for the Games of March

I apologize for the lateness of this review, this month I suffered a rash of broken electronics preventing me from reviewing the games in a timely manner. This was a strange lineup as most of these games were obscure or strange indie material. But was any of it any good? Well let’s take a look at the most mainstream of March’s lineup, Tearaway Unfolded for the PS4.

Based on the Vita series, Tearaway Unfolded has some similarities to the beloved LittleBigPlanet (LBP) being a cutesy platformer with an emphasis on community and customization and an aesthetic resembling everyday items. But while LBP is a 2.5 platformer Tearaway is a 3D one. And, while LBP’s look is focused more on cloth, Tearawy Unfolded is all about paper. You play a messenger in a delightful land of talking squirrels and strange sun worshiping denizens all made of brightly colored folded paper. It starts off a little slow, to the extent that you can’t even jump until completing the first world. However, it introduces unique elements such as using the PS4’s motion tracker to control a spotlight, which is used to solve puzzles and defeat the mischievous Scraps. These creatures want to convert the bright and cheerful world into dull newsprint and it’s up to you to make it to the portal and stop the invasion.

Along the way you’ll go through many bright colorful levels with excellent and creative platforming. There are new tools introduced throughout the game to shake things up and provide some replayablity as you get treasure that was out of your reach before. This treasure can buy new accessories, eyes, mouths noses, and other things so you can customize your character. You can take photos of your character or the world with your camera to solve puzzles or just to share with people as part of the new camera trend that seems present in all games these days. Overall, a well crafted balanced and varied platformer for those who likes their games cute, colorful, and fun. 4/5.

The next platformer on the list is Lumos. You are a child sucked into a fantasy videogame world Tron style and need to make it through the mysterious dungeon to escape. Because of its forced isometric angle Lumos is able to create stark but precise puzzle rooms requiring precise platforming, intuition, and adaptability to survive. I found it to be surprisingly engrossing as I traversed the rooms in search of the mysterious cartridges to get me home. It had a real just one more level feel that made me want to keep playing. That is, until the forced angles made me constantly miss a platform due to the camera making it difficult to tell where I was in relation to it. While this wasn’t a constant problem, it happened often enough that it became a noteworthy issue. Despite this, it is still an exceptionally precise puzzle platformer for anybody looking to scratch that particular itch. 3.75/5. 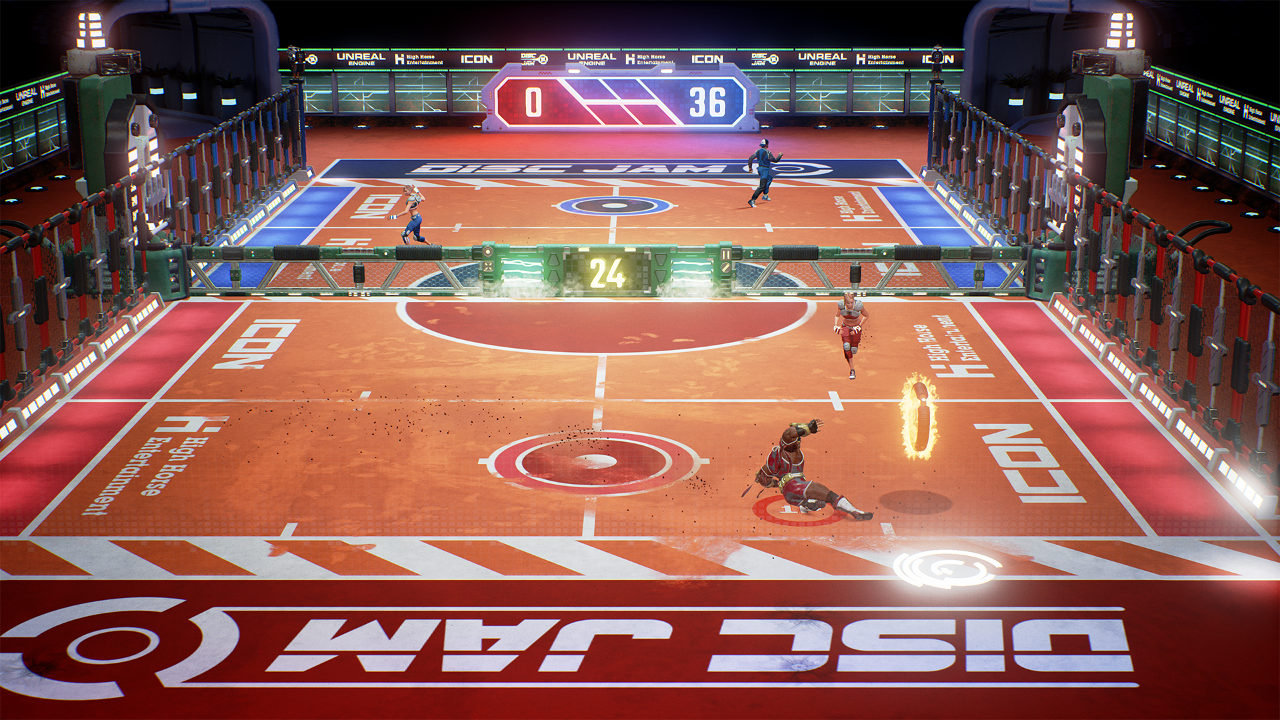 On a different note, let’s look at a sports game! With the exception of the delightfully cartoony Backyard Baseball which came free in select General Mills boxes around the late 90s and early 2000’s I have had no real interest in sports games of any sort (Especially football ones). So I tried going into Disc Jam with an open mind. After the training section I wasn’t expecting much but that all changed when I played against an actually person. I was completely trounced but that just made every time I managed to score a point all the more exciting. I was able to improve (or at least fight people as bad as I was) and win a few fun but intense matches. The game itself is a sort of futuristic tennis Frisbee thing were the disc explodes if it hits the goal, the opponent, is dropped, or really any other such provocation. You can bounce it off the walls, and even do a supermove if you time it right. You have four characters to choose from a balanced one, slow but strong one, fast but weak one, and one that performs greater tricks and throws) with customization options after getting points. While still not really my type of game it is still well crafted with an easy to learn difficult to master learning curve and fast paced exploding sports action. 3.5/5.

Earth Defense Force 2025 is part of the cult classic series were you protect the Earth from aliens using giant insects as ground troops. The “plot” is set years after the last game where Earth has grown complacent thinking the giant insects were all destroyed. But surprise! You start as a grunt dealing with wave after wave of giant ants, spiders, ant spider things, and all sorts of nasty giant creepy crawlies. The dialogue is laughable but charming and I got a chuckle every time someone said giant insects instead of some catchy codename. Though these insects can go down with simple gunfire, the sheer number of them forces you to act carefully since when the AI occasionally does decide to act intelligently and grab you, you will die in seconds.

You can play as a regular ranger armed with a machine gun and rocket launcher (which honestly will solve most of your problems). The wing diver who can zip through the air with their vaguely angelic jetpacks and rain destruction with their energy bombs and lances that shoot energy scatter shots that only work at close range despite the character having almost no armor seeming to negate the whole point in the first place. There is also the air raider who can call down airstrikes, vehicles to ride in (press select to get in, the game doesn’t tell you this) and activate shield generators, refill health and even do some of the dirty work themselves with their remote activated explosive launchers. Finally there is the Fencer. Despite the name, this class is decked out in heavy power armor sacrificing speed for devastating power.

The action is simple yet hugely entertaining, allowing you to mow down waves of insects and create massive explosions with no fear whatsoever of collateral damage. Oh buildings will still blowup but no civilians seem to die and you are not penalized in any way. You can collect hundreds of different weapons some of which only unlock on higher difficulties encouraging you to replay levels and providing some hidden depths. The graphics aren’t that great even for a last gen system but the sheer amount of enemies the game throws at you before it starts to stutter is very impressive. And though the story and voice acting is B-movie fluff at best it perfectly sets the mood for the mindless action that awaits you. It can be tedious at times, especially since many control aspects are barely explained. But if you just want to turn your brain off and kill giant insects this is the game for you. 3.5/5.

Under Night: In-Birth is an anime style 2D fighting game in the vein of Street Fighter or Marvel vs Capcom. Under Night is set in a world where something called the Hollow Night envelops random parts of Japan causing creatures called Voids to attack people who can see them. Those that survive these encounters with their sanity relatively intact become In-Births. This odd name means they have special abilities now, but they become targets to other Voids as well the factions dealing with the Hollow Night. The story has much more writing going on than most games like this with each of the many characters having their own stories and occasional interactions with other characters before fighting them gradually revealing more about this world.

Despite the solid animation and variety of characters at your disposal, it can be difficult to even figure out what you can do since the controls are listed in their original instructions from the arcade this game is based on. Even than they require so much diagonal action and precise maneuvering that half the time I would pull off amazing attacks and maneuvers with no real idea how I did that. Really most of the game can be beaten by mashing buttons. This works out well enough, until you suddenly start reaching higher levels and the computer actually starts trying to kill you. This is not my preferred genre of game and the unintuitive control instruction certainly doesn’t help. However the amount of strange characters appealed to me allowing me to enjoy the game on that level at least. 3/5.

Finally we have the Vita game Severed. You play as an unnamed girl who is  not having a very good day. You wake up in a strange nightmare world where your family is abducted by forces unknown and you have lost your arm. Fortunately, there is a shady looking cloaked demon creature to gift you with a vaguely demonic looking sword allowing you to slice and dice your way through the hordes of monsters hiding in mysterious temples. You will fight monsters from a first person perspective using the Vita’s touch screen to slash the various creatures and abominations with your sword. The touch screen allows for precise slashes and is a simple yet engaging gameplay mechanic with some hidden depths.

You see, in order to get upgrades you need to collect limbs, eyes, wings etc from the creatures. To do this you need to build up your focus through combos and not letting the enemies block your attacks. However, if you kill the enemy without building your focus you wont get an opportunity to get the limbs. When you to manage a focus kill time slows for a few seconds requiring you to quickly slash at the enemy’s limbs. This can get annoying as this window passes way too quickly for you to get limbs from the multi limbed creatures. Though there is an upgrade system that can expand the window, it seems sort of asinine, as you need to spend a large amount of upgrade limbs in order to unlock the ability to get more upgrade limbs. What is also annoying is a somewhat unintuitive map that makes it tricky to figure out what stairs lead to what level of the dungeon making it very easy to get lost. Since obtaining the treasures and secrets requires a good bit of backtracking as you acquire new abilities, an unintuitive map is certainly not the best thing to have. That being said, the detailed 2D aesthetic, atmospheric story, and rock solid gameplay make this one of the most engaging games I’ve played in a while. 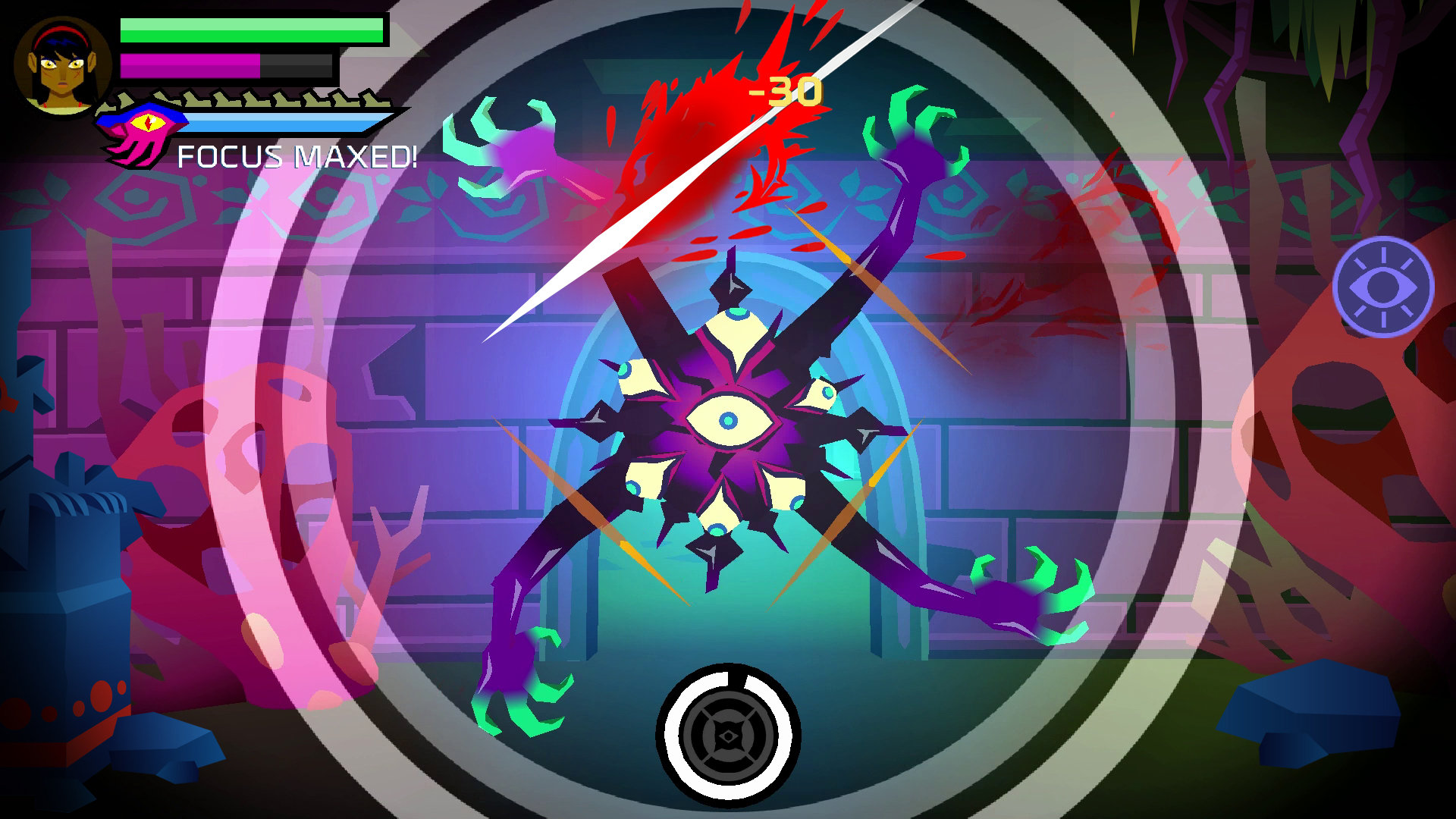 The combat especially deserves praise as it starts out simple enough, but gets more complex as multiples enemies are added to the fold requiring you to hurt enemies so they can’t attack you, while at the same countering attacks from other enemies that will attack you no matter what. This combined with the unique monster design and creepy imagery makes it a borderline survival horror game. And despite the tedium of the travel, the difficulty itself is quite balance since if you die you usually respawn no more than a few rooms earlier letting you jump right back into the fray. If you want a reason to actually play your Vita then this is one of the best ones out there. 4.25/5.