On this episode of Out of the box Sarah unboxes Mass Effect 3 the third installment to this hit out of this world game franchise.

Synopsis
Mass Effect 3 begins on Earth, with Commander Shepard on trial for the consequences of his/her actions in the Mass Effect 2 DLC pack Arrival. During the trial, Earth is attacked by Reapers. Faced with insurmountable odds, Shepard is forced to flee the planet in order to gather support from alien civilizations and mount a counter-attack while also having to deal with Cerberus, who have decided to turn against him/her. It is possible for Shepard to lose to the Reapers. 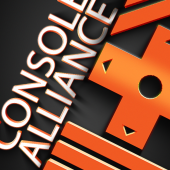 Out of the Box – Street Fighter X Tekken special edition

Out of the Box: Final Fantasy XIII-2 – Collector’s Edition