With Gravity Rush 2 coming out in the US next week I decided to give this remake of the vita classic a go to refresh myself on the series. Playing it on the PS4 let me get a relatively fresh view of the game on the big screen. It also let me see right off the bat all that the many major flaws of the original remain. However, that same logic goes for the benefits as well. 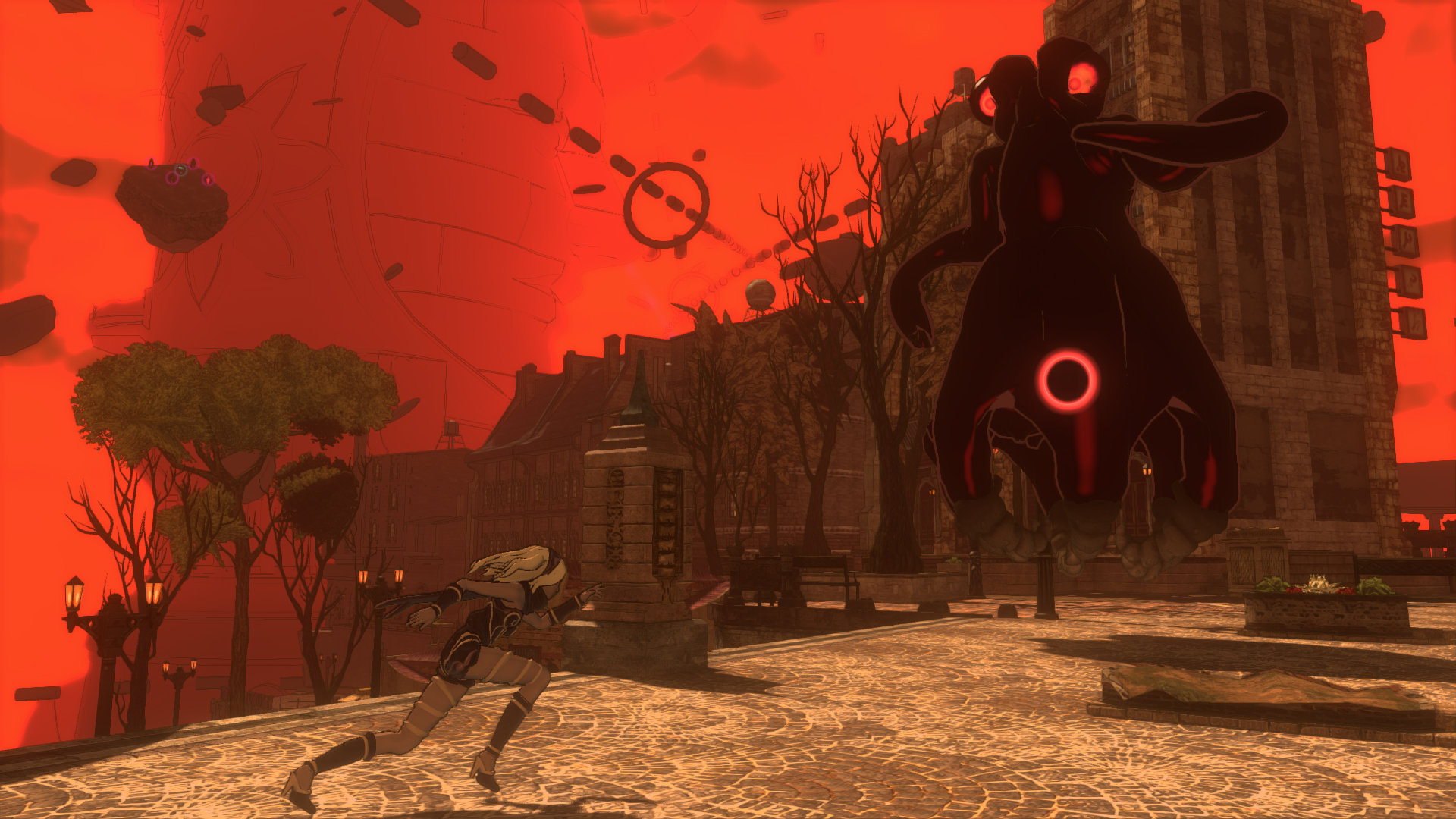 Let’s get the bad out-of-the-way; the combat for the most part is tedious. The uniquely designed enemies all have large pulsating weak points that you attack with your sky kick which is your only consistently useful attack. The other attacks are a regular kick that doesn’t seem to do much damage no matter how much you upgrade. Then there’s your telekinesis attack, which lets you lift objects and throw them at enemies. However, ammunition never seems to be around and you lose it all when your hit making it more trouble than it’s worth. You do unlock special attacks that are all useful in their own way but using them requires a recharge period so those should only be saved for tough bosses or when you really can’t be bothered.

The story is also a mess. It starts off solidly enough, a girl named Kat wakes up in an unusual world with amnesia and a connection to a strange star cat that gives her the ability to manipulate her own gravity. She decides to use this power to figure out her identity and save the city of Hekseville from the extra dimensional monsters (called Navi) that attack its citizens and send entire chunks of the city into some other dimension. Sounds simple enough in a superhero sort of way. But wait! There’s also another gravity shifter named Raven trying to stop you for some reason! In addition there’s some strange masked criminal named Alias who seems to have some control over the creatures and seems to know something about your past.

But that’s not all! There’s also a shady military group whose leader seems to know who you are, a couple trapped between dimensions due to a lab accident, time displaced children with a stone spaceship, and a particularly strange though well made level that explores your o possible origins without going into serious detail. Since the story was originally made with no guarantee of a sequel the fact that it has a story that doesn’t really resolve anything and just sort of stops halfway is ridiculous. I can sort of get behind it since it maintains that superhero sort of feel, but it’s still inexcusable.

Though the actual story is a mess, Kat is a delightful protagonist whose amnesia lets us explore the strange flying city of Heksville as we do with a chipper attitude and dry sense of humor. The side characters are equally delightful with a bumbling but well-meaning detective, a clairvoyant with a possibly sentient ventriloquism dummy, and a robed vagabond who can open holes to other dimensions and claims to be the creator of the universe. And though the ideas of time travel and other dimensions are somewhat out there they are still intriguing, particular the aforementioned husband and wife who are lost in time and space respectively.

On a gameplay level, though the combat is tedious the actual act of flying around the city is a delight. You don’t necessarily fly so much as you make yourself fall in different directions. This becomes more enjoyable as you collect crystals throughout the city and by playing challenge mission, which you can use to upgrade your abilities. The challenges themselves are enjoyable even though they don’t amount too much more than races and fights against waves of enemies. However, the remastered version comes with some side missions that were originally dlc. They’re mostly an excuse to unlock new outfits for Kat but they also provide new characters and challenge missions as well as expanding on aspects of the setting.

So though the story is a mess, the great characters and setting, as well as the sequel potentially bringing resolution to the dangling plot threads mitigate this. Though the combat is for the most part tedious the actual flying and exploring aspects are a pure and simple delight. All in all these elements help balance out to create a bizarre but enjoyable game, and I look forward to playing and reviewing the sequel in the upcoming months.