Competitive video gaming continues to get mainstream coverage, as ESPN 2 announced that they would be airing the finals of the Street Fighter V World Championships, hosted by the Evolution Championship Series.

The CEO of EVO,  Joey Cuellar, seemed pleased with the deal, stating that “ESPN brings us an amazing opportunity to showcase the fighting game community competing at its highest level.”

John Lasker, VP of Programming and Acquisitions for ESPN Digital Media, had this to say: “The Street Fighter V World Championship will be one of the must-see competitions from the Evo finals.”

The event is being hosted at the Las Vegas Convention Center and will air on ESPN 2 July 17.

This continues ESPN’s ESports coverage, that was launched in January of 2016. Hopefully professional gaming continues to prosper and recieve positive mainstream attention. Having the backing of an established sports media giant can’t possibly hurt, that’s for sure. 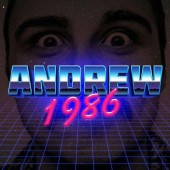